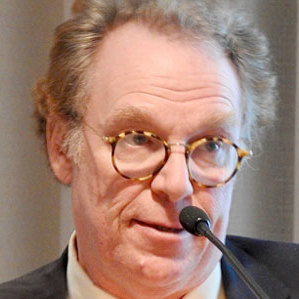 Mark Small has not received any gifts yet

"Bully" & chaos but: un-American? & trump has no right to be arrogant.

Members of a focus group of “undecided voters” organized by Frank Luntz, described by Politico as a “veteran Republican pollster,” were asked to describe, in one word, last evening’s Presidential “debate.”

Their descriptives of Democratic Party nominee and former Vice President Joe Biden were damning: “compassion” and “coherent.” A few people bent the rules and went beyond one word: “better than expected” and “nice guy lacking vision.”

As for the Oval Office’s current occupant,…

At tonight's debate: will trump pee into a cup?

Tonight former Vice President Joe Biden and the current occupant of the Oval Office (trump) will have the first of their Presidential debates. I’ve never cared for the format of these events because they really are not debates.

I was a debater in high school and in college. Dr. Weiss was our coach at DePauw. He instilled in us respect for reasoned discourse - what he called “rhetoric.” Later, after law school, I coached the IUPUI debate team for several years.

If Spartz refuses to denounce Putin, guess the name of her control agent.

On September 22 at 7 p.m. the candidates for Indiana’s 5th Congressional District (INCD5) from the Democratic Party, Christina Hale, and the Republican Party, Victoria Spartz, will participate in a virtual town hall meeting.

Spartz uses buzz words & phrases to stoke her campaign: “socialism” (bad); “trump” (good in her view, unless one of the 200,000 dead (unnecessarily) from Covid is a loved one); “gun rights” (good - unless you or a loved one have been harmed by gun…

Two towers - one red and one blue - rise to the sky and rule the land. Built by the same hands and of the same immutable substance, the towers are impregnable. No more than two towers may stand. No other structure is allowed to utilize those same hands or that same substance.

The rulers occupy the top floors of both towers and assure all the people that, if a group of them joins together, they can build their own tower, from the ground up, and thus have one of the two towers. This, of…

You need to be a member of Civil Discourse Now to add comments!

Any other guests I should be aware of?

I can give it a shot. It would be mainly "shoot from the hip", though.